Fail, and Experience the Journey. 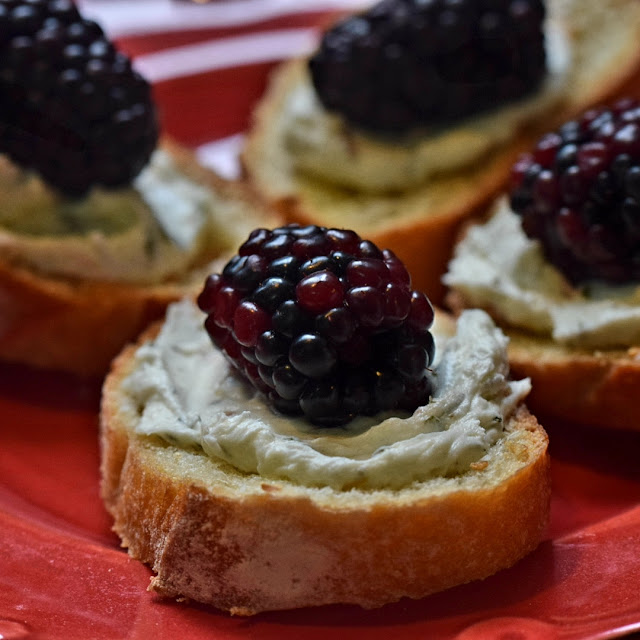 This spring, I received some of the best words of proclamation: "You will fail."  I know, they don’t sound like the comforting words you want to find inside a fortune cookie but hear me out.  Like  many others this year, I found the recent months filled with many changes. Unsettling news stories, loved ones losing their jobs, and social distancing left my brain scrambling to process all of this new information and trying to make sense of it. Interestingly,  I began to  noticed that some struggled with the uncertainty of what tomorrow might bring; finding this time to be stressful, lonely and unpredictable. Others seem to come to life. I  watched them flourish, as they ended stressful commutes, long graveyard shifts and dropping babies off at daycare. They instead, began going for walks, playing with their children and eating dinner as a family.  I struggled to keep  my daily routine as normal as possible, so as I  began to sort out information in my head, I also began to sort out seeds, bags of  potting soil and garden beds. 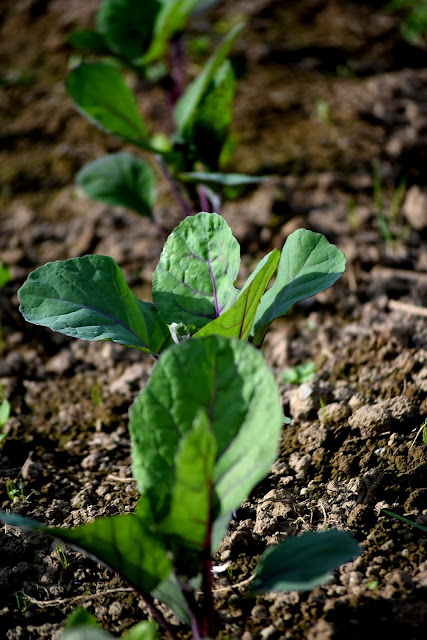 One day, I gave a friend some tomato plants that I had recently started. She, in return surprised me with a beautiful loaf of sourdough bread and some really great, sourdough starter. My husband and I ate soup and fresh buttered bread for dinner that night. (The kind of meal where butter drips down your chin and you lick your fingers.) I was hooked! I had to learn more about how to maintain my starter and how to make delicious, home-made, sourdough bread. I had been thinking about it for years, wanting to try, but oh, it looked so complicated. I chickened out every time. 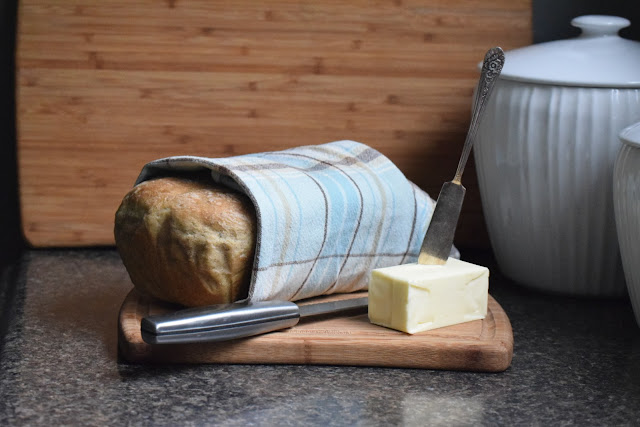 Like a lot of us, I was told at a very young age to win the race, to ace the test, to be the best. I was never told that is was okay to come in second, to get a B, or to just be okay with who I was, because, of course, I could always be better.  In a sense, I was never told that it was okay to fail. Was it just assumed that I might make failure my life's ambition if I didn’t get the A? Did I set the bar too low if I was ok with second best? Fail became the four-letter F-word never to be uttered from my lips with out being linked to embarrassment and shame. It was to be hidden away at all cost, heavily guarded and never spoken of, like the D in my 9th grade algebra class. Some things in my young life came easily; music, spelling, binge-eating Twinkies, other things were unbearably hard; math, science, and talking to people. I quickly learned that if something came easily to me I would continue on. If something was hard, and I didn’t immediately succeed, I would abruptly stop, and  never try again, saving us all the embarrassment of having to admit failure. So what happened? I became the fat girl, who played the guitar all by herself but grew up to be a really good speller. Really. 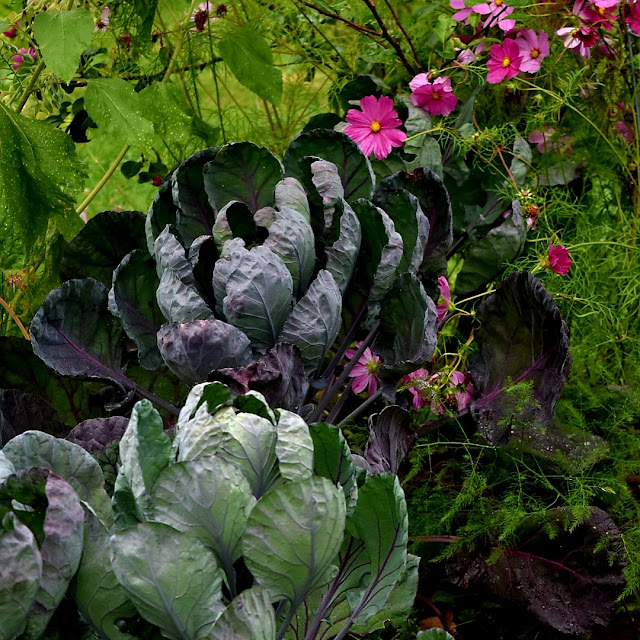 Life- long habits are so hard to break, and are often so deeply woven into the person we became that we don't even recognize them as habits. I was on a quest to learn how to make great sourdough bread while this fear of failure defeated me at every turn. It had become a habit to quit before I ever realized it. Every attempt at looking at a recipe or blog post  about sourdough was deflected by the iron shield of fear.  “ Nope! Too hard.” Screamed the old habit. “ Too complicated! Too many steps!” it bellowed. “ Trust me, don’t even try it.” whispered the old, familiar voice in my head. Until one day, one post. One post didn’t begin like all of the others; with the complicated  twelve step process. Instead it  began like this. “ Making sourdough bread is hard. You will fail. PLAN to fail. Failure is part of the process. Every time you fail you will learn something from it. THEN you will succeed. Be patient. This should have scared me away, except it was the first time someone had given me permission to fail. IT IS OK TO FAIL. These five words washed over me like a summer storm showering hope on a dry, thirsty garden. I soaked in the words as they nourished my roots and rejuvenated  my soul . This was the most freeing sentence I have ever read. Of course no one really likes to fail. No one enjoys feeling disappointed or disappointing others, but I had been living under the weight of the fear of failure and paralyzed by the thought that I might not be valued if my attempts weren’t met with excellence. 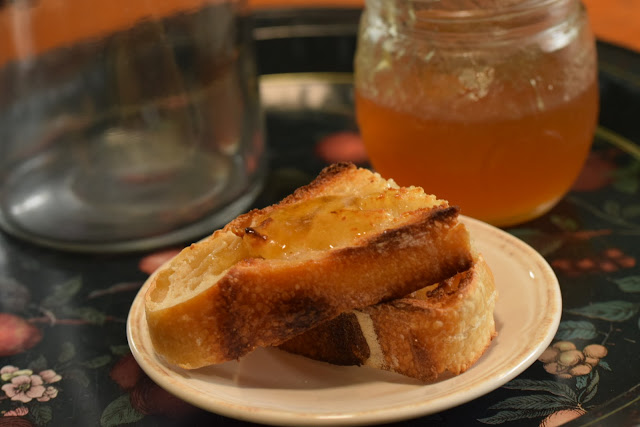 I tried making my first loaf of sourdough the next day. Guess what? I failed. We ate it anyway. Cutting through the dense loaf was a struggle, it kind of hurt out teeth to chew it, but the flavor was good. I tried something different the next week. It failed too. This loaf resembled a flat bread more than an artisan bobble and didn’t taste as good as the first. I tried new things, tweaked others and tried some more. Fail, fail, fail... Until today. Today I adjusted, I weighed, I folded, I baked. I did.  I made a beautifully risen, perfectly colored, delightfully textured sourdough bread, and it tasted amazing. The best part wasn’t even the success. Giving myself permission to fail meant that I gave myself permission to experience the journey. My focus was no longer perfection at the end, although I hoped for it. I experienced the smell of the starter, I felt the warmth of the flour and water as I folded it all together. I relaxed as I waited for it to prove and noticed the tiny steam bubbles forming the texture of the crust. I did enjoy the fresh, warm bread when it was finished, but I wouldn’t have enjoyed it nearly as much has I not experienced the whole process. Now, get out there and fail. 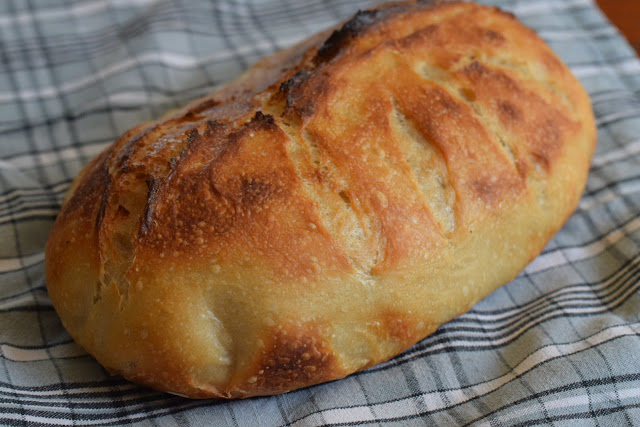 Popular posts from this blog

March 06, 2020
My sister wrapped her arms around me as the tears began to flood  my eyes and spill down against my hot cheeks." I failed!" The words came out broken and caught dry in the back of my throat. I tried  to swallow that choking feeling. " I thought I could do it,"  Words finally began to escape between sobs. "I failed!" I repeated myself louder, wanting to define my sense of defeat, and disappointment, but no more words would come out. Instead, I buried my face into her long, brown hair and closed my eyes. She pulled me in and began to speak truth to me." You didn't fail , you tried ." Her gentle words soothed me into a puddle of emotion as I sat hard against the couch and pulled myself away to recompose. "You tried. " she said, looking into my eyes, then kissed the top of my head. "You tried." Last year, I experienced a life threatening illness that not only left me fighting for my life, but also learning how to
Post a Comment
Read more

August 24, 2020
Plunging my hands into the basin of warm, soapy water, I settle in for a few moments of quiet. The kitchen sink often becomes my alter, where I wash away my worries and bring my praises and my heart before the Lord. Sometimes, I use my time there as a great thinking session. It’s a place where I can mull over and ponder the troubles of the world, often questioning my life's purposes and weighing them out against my expectations, doubts and goals. Sometimes I simply daydream, where I build elaborate gardens with grand pathways and delightful wildflower meadows, or open up bakeries with the tastiest of treats, warm beverages and cute, little wrought iron tables and chairs.    Glancing up at the window sill, I smile and greet the line up of  colorful, little jars, each filled with various sorts of living things that need some encouragement or extra love. A pink peony bud that toppled over in the rain was brought in yesterday, and now pokes its head out of an old, glass medicine bott
1 comment
Read more

February 23, 2020
A groan spread through my body as I woke up this morning and heard the sound of rain, I had other plans for this day. February is the month that seems to pass about as quickly as waiting for ice to melt in the freezer. The hope of sunny days and the return to the garden is where I fix my hope. It is my goal, the ribbon at the end of the finish line, my reward for enduring the long, dark winter months. I often wonder why we even celebrate the beginning of a new year on January 1st. In the dead of winter, nothing seems to be new or beginning but rather quiet and hibernating. Wouldn't March 1st be a lovely day to start a new year? With all of the new life and new blooms just getting underway, it feels perfect. While we are at it, let's change all of the seasons to begin on the first of their respective months instead of three weeks in. I understand it currently coincides with the equinox and solstice but I'm just not that patient. I rolled over and pulled the
2 comments
Read more